Knowing When to Rebrand: One Industry Learns a Big Lesson

When to rebrand? It’s one of the vital questions one needs to know in growing any company.

In an ironic twist of events, this famous quote assigned to Stephen Hawking, “The greatest enemy of knowledge is not ignorance, it is the illusion of knowledge.” is actually from Daniel J. Boorstin, an American historian at the University of Chicago.

Besides knowing a rebrand is necessary for the survival of a company, service, or cause, there’s an art and a science to knowing why, how, and when to rebrand.

Recently, I was faced with a challenge: take a brand in an industry known for being very smart—at the helm of educational advancement—and make it equally dynamic, relevant, and fresh.

For clarity, the edtech industry encompasses “any technology that enhances education or learning.” For instance:

For EdTech Digest, their growth had been steady and consistent, and now was the time to really take (and convey) a more prominent position as a leading online publication and awards program for this industry. 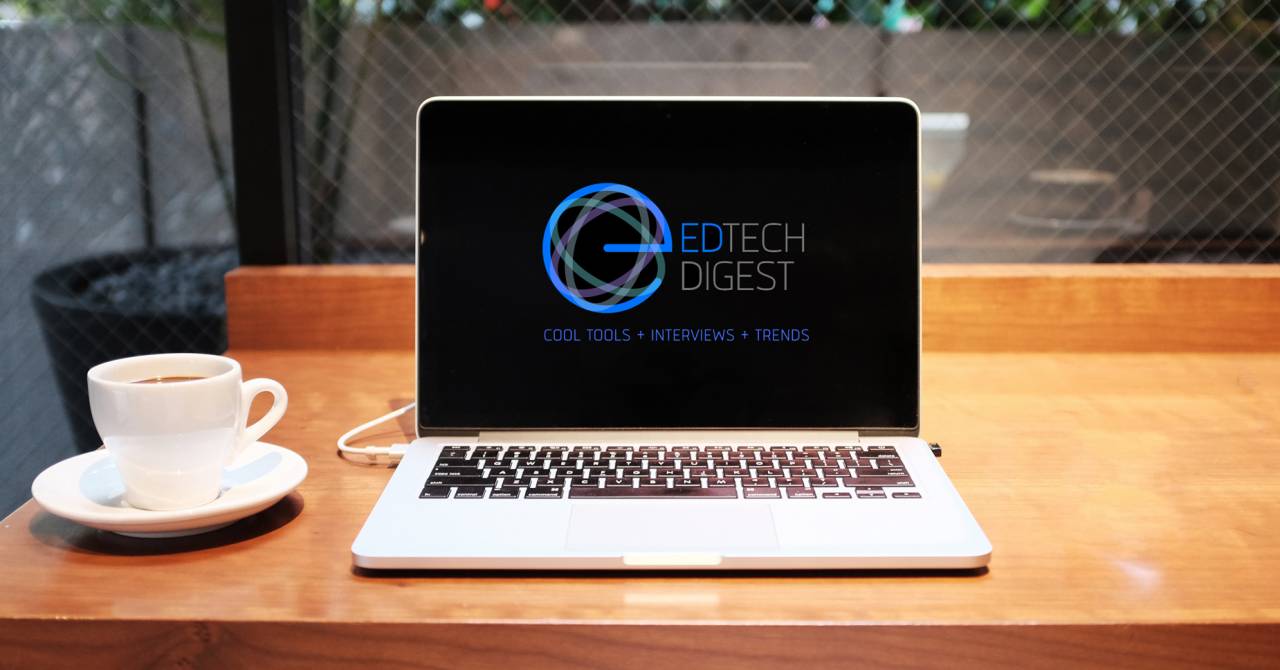 Knowing When to Rebrand

Victor is the founder and editor-in-chief of EdTech Digest that, since 2010, has been a leading publication and a key source of industry recognition for those in the education technology space.

Vitally relevant is The EdTech Awards program that Victor oversees, the largest and most competitive annual awards program in all of edtech, ensuring people who spearhead these progressive steps get the recognition they deserve.

Victor’s pedigree is impressive having toured the country as an analyst with the Bill and Melinda Gates Foundation learning about learning as well as serving as contributor or editor for numerous education and technology publications including Edutopia, Converge, and American School Board Journal.

Victor and I initially spoke in mid-2017 about a rebrand to breathe new life into his online publication and its expanding world in this rapidly evolving space. His questions were all about when to rebrand? Is there an exact recipe for rebranding? Was his company far enough along to rebrand?

The project scope was quite extensive as each area of focus seemed to have offspring and children of their own (so this project included social media headers, certificates for winners, online logos, print logos, badges for winners, brand story, photo treatments to create a cohesive look for the website, and much much more).

Core Assets of the Brand Vocabulary

This resulted in a considerable “brand vocabulary” to design, coordinate, and align, not only in design but in truly moving the brand and its focus to become human-centric, focusing on and celebrating those who made edtech remarkable (versus focusing primarily on the technologies these people developed).

We knew this was where the magic really existed.

So, I sat down with Victor to get some insights into why now was the right time to rebrand.

What year did EdTech Digest first come into existence?
“July 4, 2010. A great day for independent thinking, and freedom.”

How many words /articles you’ve published since its inception?
“Thousands of articles and over 1 million words written by the who’s who writing about what’s next in edtech.”

Who are your readers?
“Hundreds of thousands of readers. They are the helpers of the world: education leaders and innovative technologists. They’re passionate, dedicated, and driven to lift others up.

What triggered your interest in this industry?
“In 1992, I met some classmates in the basement of The Waterman Building at the University of Vermont. We were typing messages into a computer linked to a friend in Europe on a computer there. We were getting responses within minutes. Then we printed it all out on a noisy dot-matrix printer to examine our long scroll of paper. We had landlines and phone booths back then, but instant letter-writing? I mean—for us, that was pretty neat.

“By the late 1990s, I was interviewing and meeting with leaders from all over education, government, and technology. From what filmmaker George Lucas had to say, to White House officials and Secretaries of Education, to big-city mayors, superintendents, parents, and students—clearly, there was a passion common to them all. It had to do with putting a better future there.”

Was there an event that was the catalyst for an online edtech publication?
“When slower internet connections gave way to higher-speed broadband in the late 1990s and early 2000s, and smart devices began to appear in everyone’s hands, the possibilities for education and learning became more real.

“From the 1960s, each decade has been like a biplane sputtering up and down along the runway. Now, we’re not only beginning to take off, but our sputtering biplane is in the midst of being overhauled, mid-air, into an advanced fighter jet.”

How many recognitions have you given out and to whom?
“The EdTech Awards are unique in that tiny startups can compete alongside massive companies. We are very inclusive. We look for promising people and ideas before they become well known, and we also recognize established proven success stories.

“Over the years, we’ve recognized hundreds of leaders in technology as well as innovative educators.

Since we’re talking about when to rebrand, what prompted you to initiate the rebrand at this time?
“We serve thousands of brands that are helping to create the future of education. Inspired by them, and before our own brand reaches a full decade in the edtech space, we decided to look into the future at ourselves to see what would still inspire others for decades to come. Working with David, even before we started, a new way forward became very clear.” 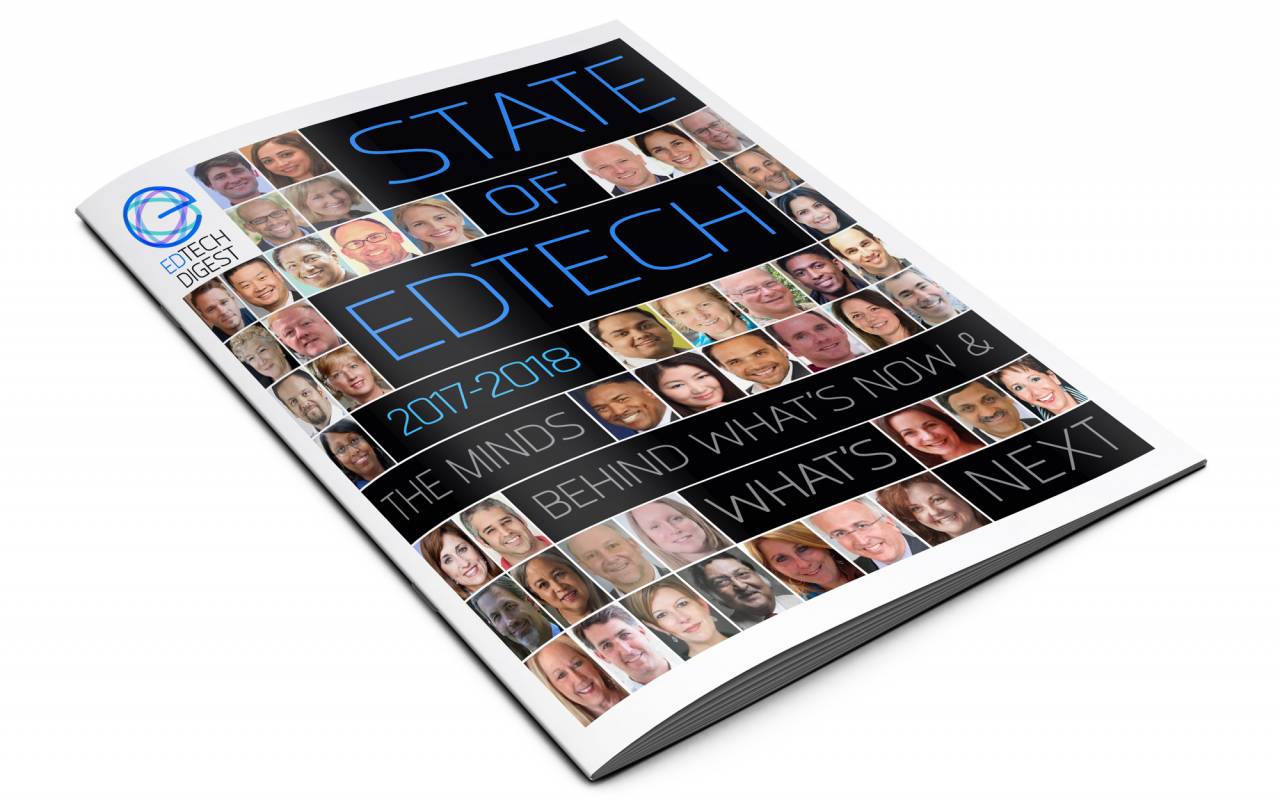 You did a “soft-launch” of the rebrand with a STATE OF EDTECH report earlier this year. What’s been the response and has that changed how you and EDTECH DIGEST are now perceived in this industry?
“You mean with its knockout cover featuring the new branding? Stellar. Just stellar. Over a thousand top leaders requested their copy; it hasn’t stopped. Even better: precisely those we were looking to reach are reaching to us. Phenomenal, yes.

“But the future of education isn’t about a single company or having an exceedingly attractive brand. We’re just humbled to serve this vital area of human endeavor more properly, and we can only aspire to mirror in our aesthetics what we honor through our brand: the indomitable human spirit of educators and those providing solutions to education.

“Following the release of this report, I was invited to serve as a moderator for the inaugural Next Billion Edtech Prize at the Tomorrow Summit within the Global Education & Skills Forum in Dubai, an initiative of the Varkey Foundation, which is kind of like the Oscars for edtech.” 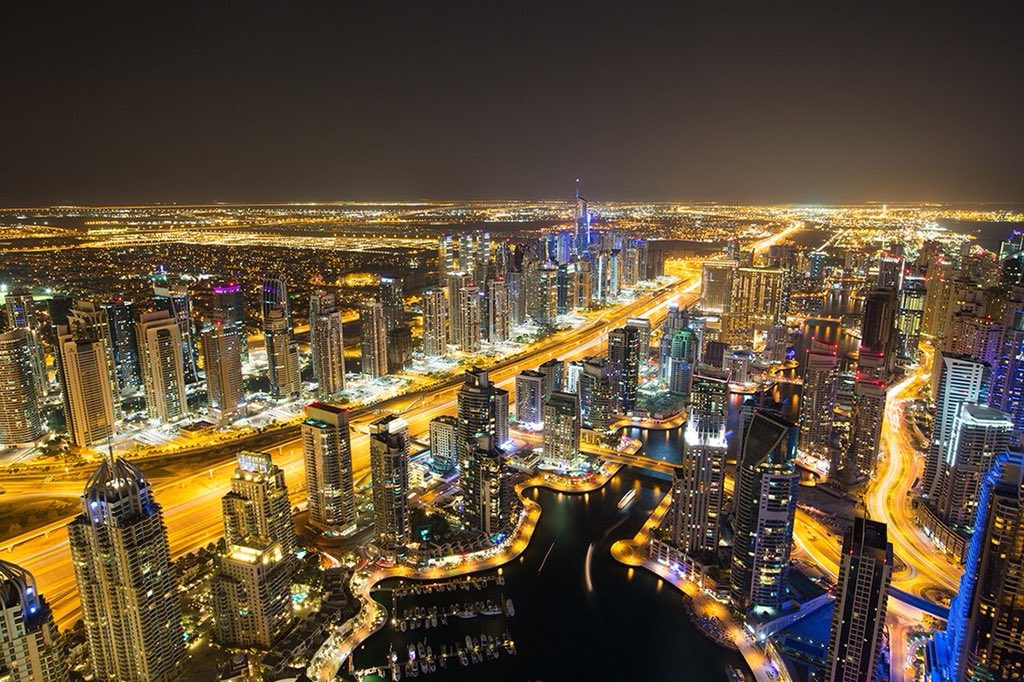 “The Global Education and Skills Forum (GESF) 2018 was held on the 17-18 March in Dubai. Widely referred to as the ‘Davos of Education,’ the GESF, brings together over 2000 delegates from around the world to solve the big questions in global education. Notable people in attendance:

Anything else?
“When you rise above the noise, it’s not just about the serenity of soundlessness. There’s also a whole new view. Working with David has been a true pleasure. It’s been an eye-opening, therapeutic, and life-changing experience. It was a privilege. There’s more than meets the eye. He delivers above and beyond. He’s a branding god.”

WHEN TO REBRAND? 5 important questions to ask when taking the leap.
Important Message to CEOs and Brands: Preparing for the Recovery
Innovation Hell: Saving Good Ideas From Premature Death
My First Google Hangout Interview: "Branded Alive"