Each is a sport with avid fans and onlookers waiting to see the next astonishing move.

As if you needed me to connect sports with branding any further, along comes “Coach Julz.”

She is, in a word, one amazing basketball coach. Since 2010:

Coach Julz is also amazing in that she appreciates branding and basketball.

Top that off with this amazing (and sick) video she sent me after reading her copy of Brand Intervention.

It has as much to do with attitude as it is about performance, as shown by this from her personal presentation to the world (from her deck and brand story): 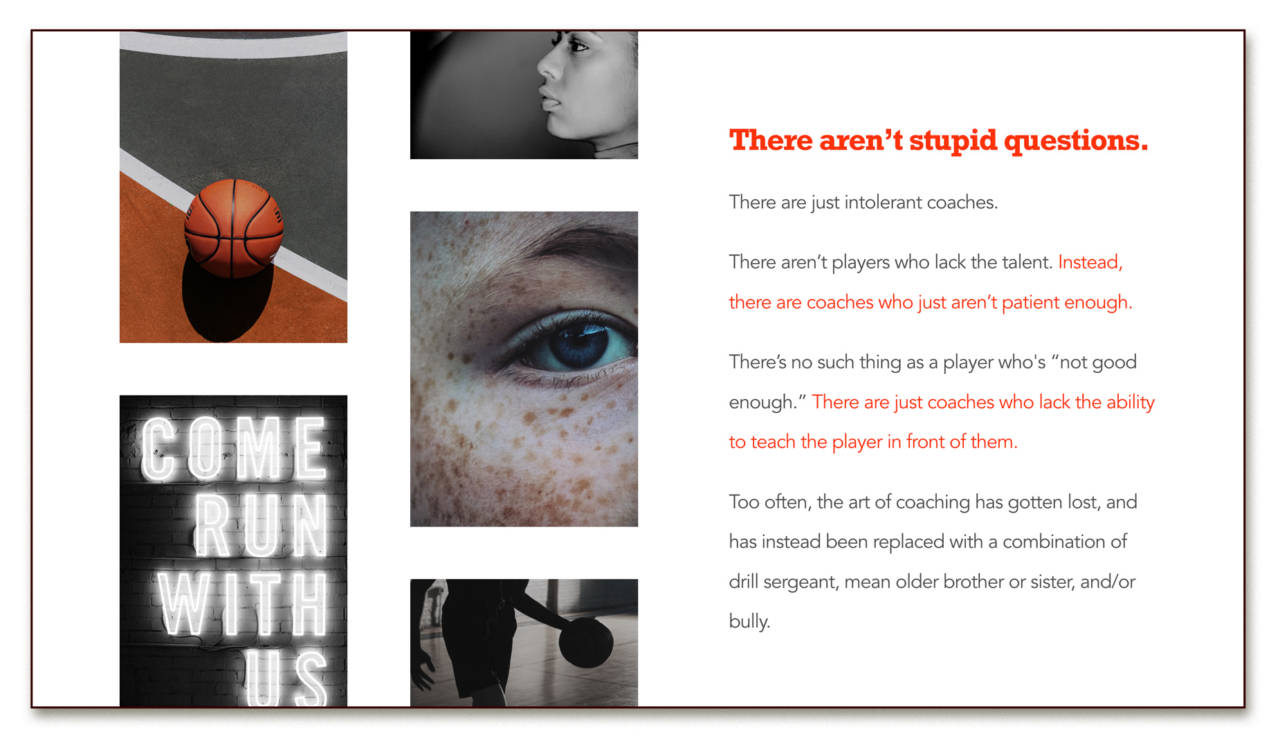 Is your brand story correctly defining you?

How Not to Brand—Talk About a Whopper…

USA Today had an article titled “Burger King apologizes for offensive Russian World Cup pregnancy ad” — featuring an “insensitive advertisement that promised Russian women a lifetime supply of free meals and a cash ‘prize’ if they were to become pregnant with a child fathered by a World Cup soccer player.”

It further promised “a payment of $47,000 plus a lifetime supply of Whoppers.”

Definitely, about the wrongest way to bring sports and a brand together, by promoting impregnation, money, and burgers.

Does the idea of the world understanding you correctly have more meaning now?

WHEN TO REBRAND? 5 important questions to ask when taking the leap.
Innovation Hell: Saving Good Ideas From Premature Death
27 Years at Nike: "What I Learned about Branding"
This is How to Spot The New Normal (in 60 Seconds)

« How Your Brand Can Explode Using Netflix’s Growth Strategy
The 5 Biggest Rebranding Challenges, Broken Down »