In this age of Amazon and other big monopolies, it’s a challenge to work out how to maintain or, (in the case of losing traction) reclaim your brand.

The fact is: it is possible to reclaim your brand.

How to Reclaim Your Brand and Category

Sounds great, but HOW do you do it?

4 Industries Demonstrate How to Reclaim Your Brand To Survive

To give you context and show you how we did this for a client, let’s look at some monopolies that have been blindsided by some very smart startups:

How can you possibly reclaim your brand when it’s been subjected to this kind of overwhelming domination?

Different is Better Than Better

We had to handle this exact type of situation recently for the Orthodontic industry using these three vital steps used in an exact sequence:

To orient you, the Orthodontic industry has been dominated for a couple of decades by one aggressive company designed to appeal to America’s obsession with anything “faster and simpler” no matter the shortsightedness of the solution.

I state this because we discovered, as a result of our homework, that this popular solution was created by two entrepreneurs who had absolutely no dental experience and zero orthodontic experience or training.

Their solution was a smart (but very incomplete) business idea. The idea that it was a complete solution was false. So that was the beginning of how our new answer was different (since “better” still kept us in the same category as this “quick solution” and was not a goal we had).

This “quick solution” was simply marketed more effectively than the Orthodontic profession had been doing, appealing to a cultural shift: faster and easier for “apparently” the same outcome (which we learned was not true).

As a result, the standard for the entire orthodontic (and subsequently dental) profession dropped down in an attempt to “meet this new solution” on its terms rather than educate parents on the difference between this new solution and the actual full practice of orthodontic care (and the implications when kids grown into adulthood).

Our answer which kicked off this campaign was stated in a few powerful words: “What passes for orthodontics today is nothing to smile about.”

BRANDING LAW: Every industry has as its goal “to even the playing field” by neutralizing differences with similar claims etc., something you must aggressively tackle in order to clarify your difference and your value.

So we developed a new name for this level of practitioner, similar to the “Intel Inside” or the “Good Housekeeping” seal of approval, something that conveyed a lifelong solution with a design that forms the letter “L” that, when animated, becomes a DNA strand.

In addition to the new name and logo design for the brand identity, we crafted a brilliant slogan that hit on “getting it right the first time” which the other company couldn’t honestly lay claim to.

Below is the new logo animated incorporating the DNA strand.

And here are hard-hitting handouts hit the nail on the head. 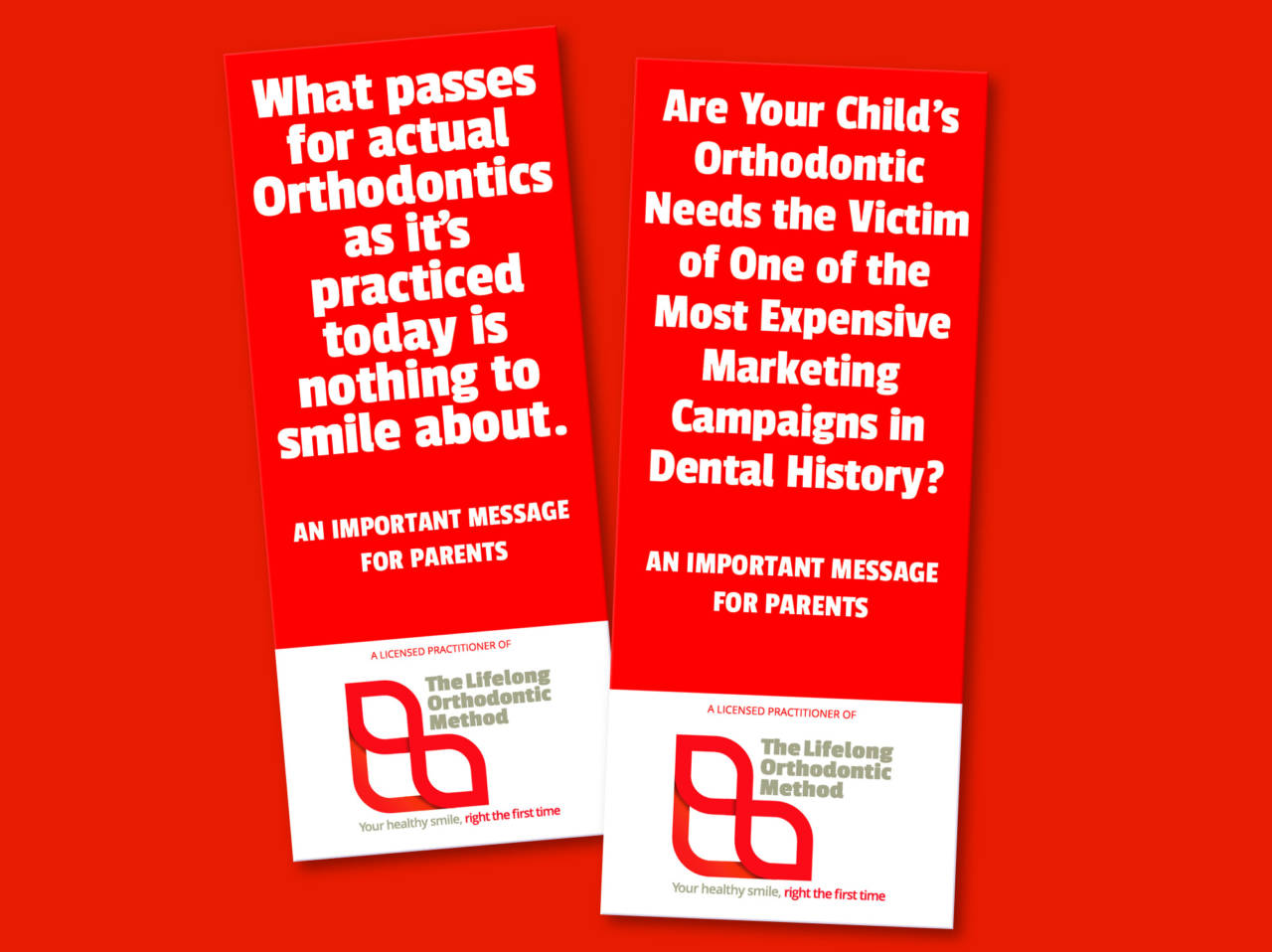 To fully drive it home that we were ready to reclaim a story that originally and rightfully belonged to our client, we then developed a script and storyline in this brilliant animated video (using a style that was very engaging and consciously not “clinical” in its look, but one that’s much more personal) to convey the difference this new standard makes.

You see how we began to reclaim the Orthodontic brand and dialog?

We reframed the conversation to the actual issues using the 3 steps I outlined at the start of this article:

You can do the same (and if you can’t, then we’re a phone call away).

Short But Powerful (Like Some of My Closest Friends)
120 Seconds with Ted Rubin — [Video] How to Be Unforgettable
So, a Venn Diagram Walks into a Bar—2 New Videos
Brand Intervention: The Day Gary Vaynerchuk Blew My Mind