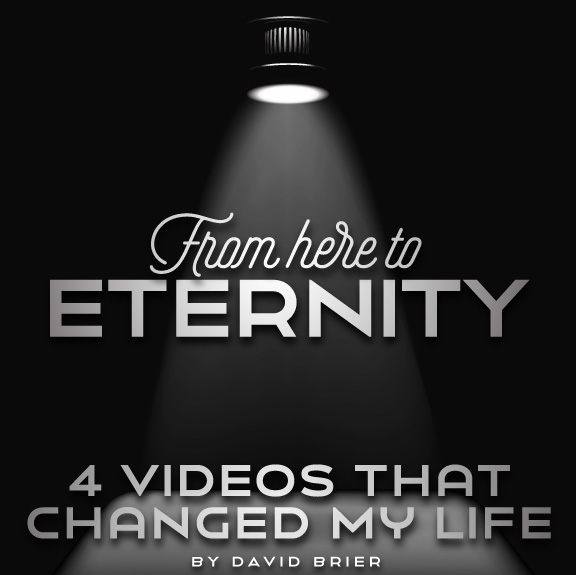 4 Videos That Changed My Life

“I dream for a living. Once a month the sky falls on my head, I come to, and I see another movie I want to make.” Steven Spielberg

This year has been dramatic.

I am by trade and practice a branding professional, specializing in the design and strategy side of the branding equation. I also love the power of words, in how they look, and how they are woven together for the greatest impact on the reader.

But over the last couple of years, I’ve found that videos are an incredible way to help orient my clients into where we are going. (An important one was this video which helped this INC 5000 company redefine who they were to the outside world — this other one helped a product launch introduce a new product line to all its internal sales personnel resulting in an explosion of new-found enthusiasm — while this other video helped an 80-year old consumer cooperative tell its story to its 69,000 members in a way that is real, meaningful and authentic.)

So rather than having clients look on as spectators at what I am presenting and the future road map of their brand, I found making a video immersed them into the brand story.

This use of videos began to unfold in a number of ways, sometimes evolving into separate, standalone branding projects.

What follows is a collection of those that helped complement a brand evolution or ones that became the primary storytellers all on their own.

So, about a year ago, I created a video on innovation for my Fast Company blog. The video was the result of a conversation I’d had with a client who was frustrated with why his employees were not seeing what he saw. This video was essentially my response.

The incredible response to the video and post was entirely unexpected and astonishing with thousands and thousands of views (and more comments on that post than any other I’d previously written for Fast Company).

Then, I wrote a script that was so different than anything I’d done before. It was for a new brand of water I was working on. I developed the name, Defiance Fuel, the slogan, “Defy limitation,” and the package design. While working on all of these, I was inspired and wrote a script from the viewpoint of the athlete (and not the brand itself).

While the script poured out of me organically, the editing (after we had shot the video in Nashville), was the most challenging I had ever done. Subtle cuts and laser-precise edits, each capturing moments of dramatic emotional impact, were achieved with the precision of a surgeon.

The end product, and the response (with a 100% sign-up rate from actual athletes, of which that’s all you see this video, in other words, NO actors), made every grueling minute worth it as you see here.

At around the same time, I was working on another rebrand for a market research company in the agricultural space. This was the other most demanding editing I’d done, marrying the perfect voice with my script, editing, and sound design. Like the Defiance Fuel video, the sound design, the music, and the exact right voice were critical.

Again, the end product has proven to be incredibly engaging to all who see it prompting one marketing professor to state, “this is the best marketing communication I’ve ever seen.”

Video #4: Turning a Dance Institution into a Movement

After 25 years and 10,000 students, the American Dance Institute in Seattle decided it was time to prepare for the next 25 years. (Like Robert Herjavec once said on Shark Tank, “It takes 10-12 years to become an overnight success.”)

The dance school video captures their passion for the art and craft of dance, movement, and personal expression.

It shows the scope of what they offer to those not yet familiar with this incredible institution.

But what story does this video really tell?

There’s even another one I just completed for a global leader in the luxury skincare industry, but I am not authorized to share it for a few months into next year.

Each of these videos affected me dramatically (as much as my clients were affected by how they now viewed their own brands as well as how their brands are now viewed by their customers and prospects).

I hope you get even a smattering of this “impact” watching these, and I look forward to expanding the meaning of branding, videos, and storytelling even more in 2015.

Brands can (and should) take people on a journey.

To settle for anything less lets everyone down since it overlooks the greatness that is there to be achieved.

Costs nothing and only smart ideas shared.

25-Second Video Stunningly Connects the Dots of Design
New Video Reveals the Magic of Branding in 2 Minutes
Revival of the Fittest (Brand New Video)
Want a More Effective Rebrand? Master This 1 Word (Even Though Most CEOs Are Afraid To)