It was a lovely Sunday morning, enjoying my morning espresso with sun shining over my shoulders.

Gary Vee and What Really Happened

I was sitting on my couch at home, with my wife still asleep upstairs.

I’d finally completed my sneaker design for my new book, Brand Intervention: 33 Steps to Transform the Brand You Have into the Brand You Need.

Very simply, Gary had inspired me with his new sneakers coming, I thought, “Damn, if Gary is coming out with a sneaker, my book’s gonna get a sneaker.”

Less than 15 minutes later, Gary replied with three words, “I want it.”

So I replied asking Gary Vee his shoe size. I never heard back.

Now, get this: this was a prototype.

Here are the various designs I had been working on: 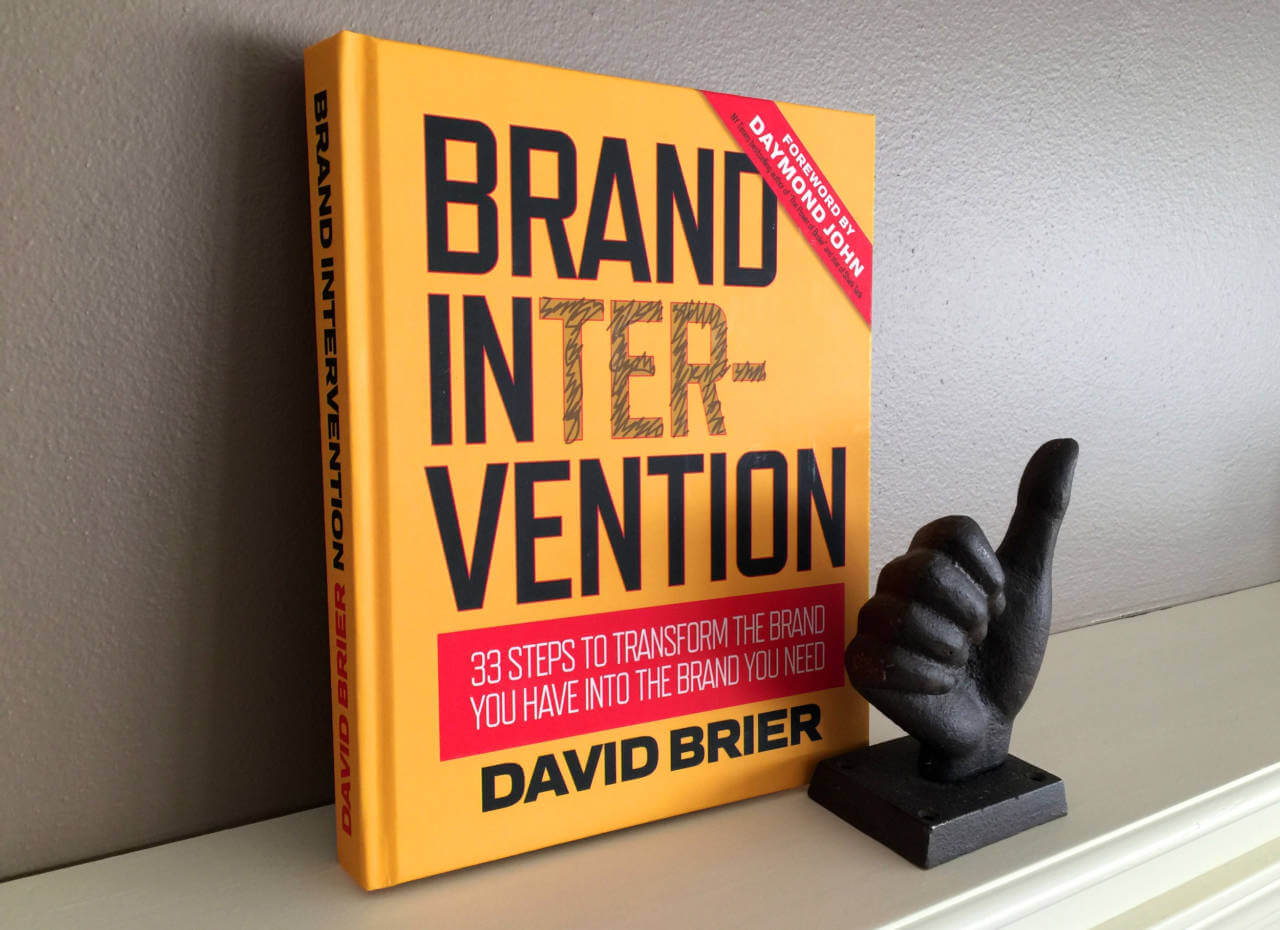 The color choices for the sneakers were deliberately in your face and consistent with the cover I’d designed for the book.

Early feedback on the book cover outstanding, and impossible to confuse with any other book. Plus it looked great when displayed small when shown on Amazon and online uses. (Unless you’ve been living under a rock, you’ve already seen it, but just in case, here it is at right.)

The above Gary Vee quote inspired my next steps.

Gary opened the door, and I was going to step in.

So, after investigating the cost to produce a prototype of sneakers, I chose a plan B.

The plan B had a number of steps:

Here are the elements.

The top of the box to remind Gary of our Tweet encounter: 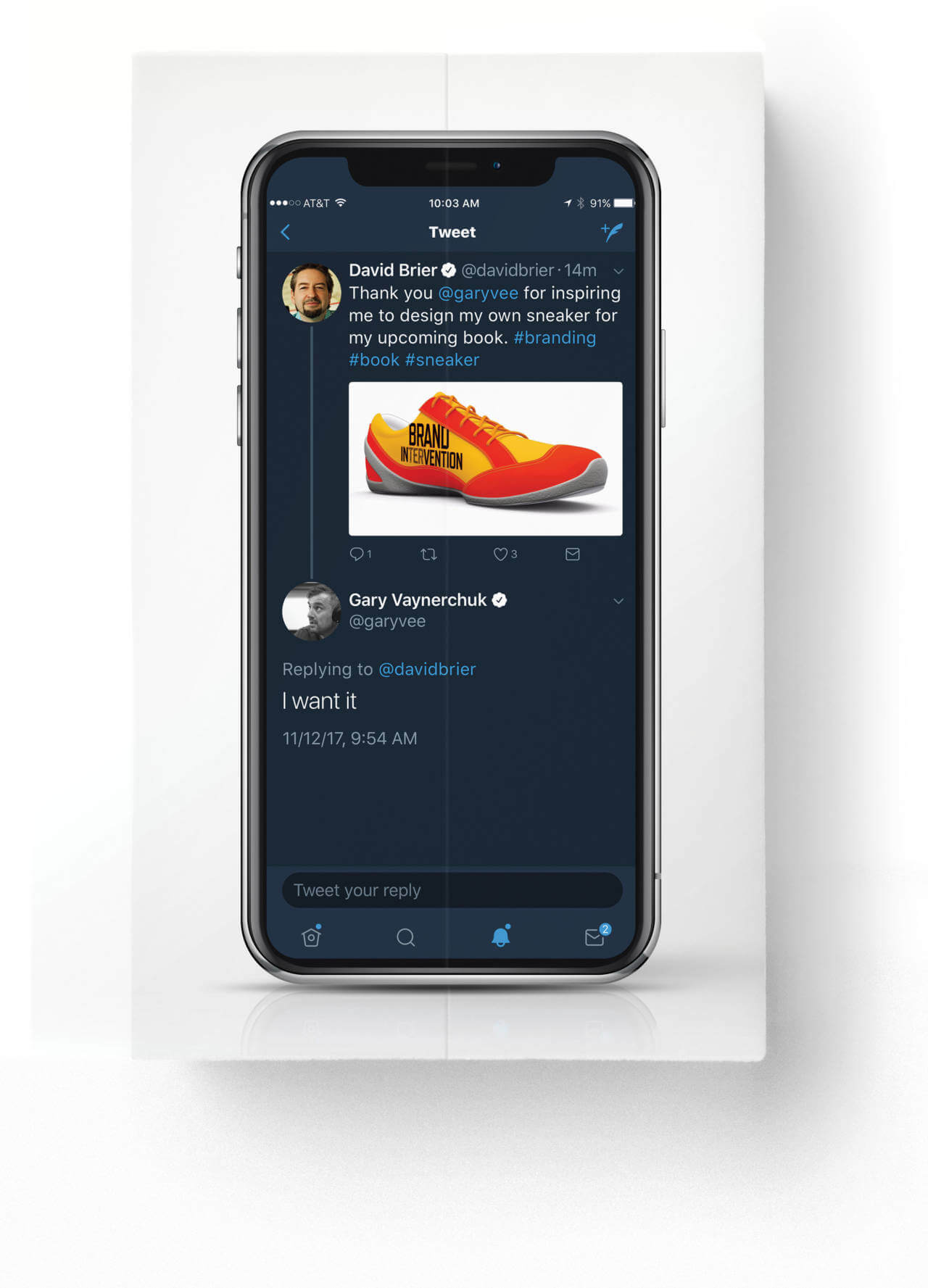 The Short Side of the Box (this was the perfect Gary quote to include as part of the box design accompanied by a well know shot of Gary on his phone “wearing” my sneaker.):

The Box Before it Shipped:

What Gary Would Read Upon Opening the Box:

Just so the contents (shown below) of the box makes sense, I had the finest coffee roasted as part of my book launch as well as designing chocolate that was engraved. Here are what the coffee bags looked like: 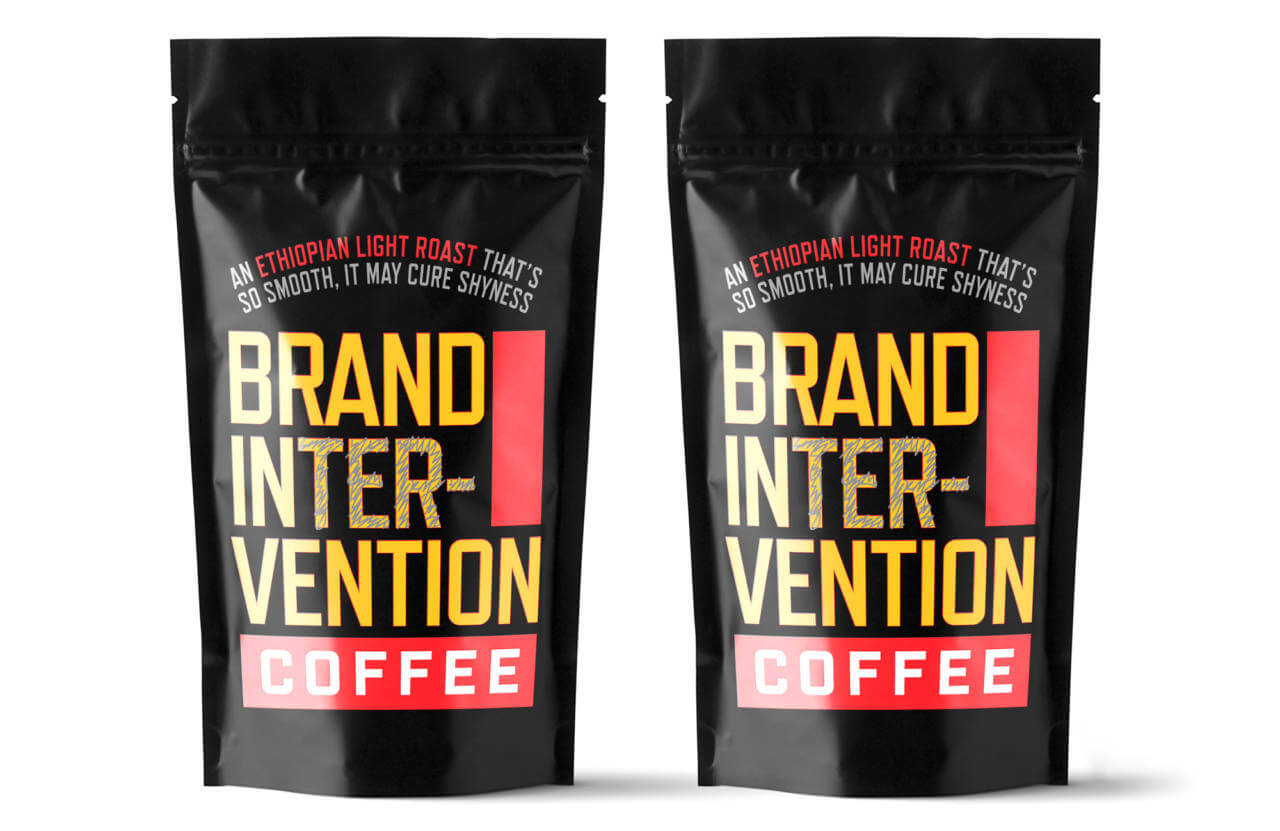 Lifting the Cover Letter up, Gary Would Unveil his own Signed Hardcover Edition of my Book, two Brand Intervention Coffees, and a Cure No. 34 Laser-engraved Chocolate:

So, the real question is, is Gary going to invite me over to his NYC office to hangout together, shoot the shit, and share this hustle with the world?

Gary, I’m ready when you are.

Special thanks to Michael and Denice Duff for making this possible and ensuring “the eagle has landed.”

Is This the Power of Female Entrepreneurs? (Featuring Joanna Gaines of Fixer Upper)
How to Brand, Talk Less and Sell More
How Did This One CEO Build an Unstoppable Business?
How to Rebrand: The Road Trip of this 70-year Old Nonprofit