Independence Day. Is it only about grilling, fireworks, alcohol and another day off work?

What Does Independence Day Mean to You? 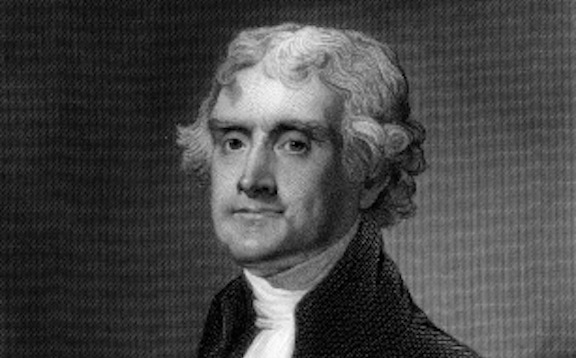 In a few days, we celebrate the 4th of July, our Declaration of Independence, a document that was written by a 33-year-old by the name of Thomas Jefferson. This is a valuable document that has great significance in the world today.

It signaled the independence of the thirteen Colonies previously under British rule. With this new document, these would now be known as the United States of America. (As an aside for business owners, a great lesson in finding one’s position and clearly establishing one’s brand voice.)

Thomas Paine, an Englishman who had moved to the American colonies in 1774, had this to say, “We fight not to enslave, but to set a country free, and to make room upon earth for honest men to live in.”

Wow. Very powerful mission. To that I say, no Payne, no gain. (I have to thank author Dave Kluge for his very informative book entitled, “The People’s Guide to the United States Constitution.”)

At the age of thirty-four, Martin Luther King Jr. delivered the “I Have a Dream” speech which forever changed the landscape of civil rights in America. I was young when it happened but you could feel the message ripple and resonate across America.

But the lines that come before it and after it give it even greater scope of its meaning:

“The energy, the faith, the devotion which we bring to this endeavor will light our country and all who serve it — and the glow from that fire can truly light the world.

“My fellow citizens of the world: ask not what America will do for you, but what together we can do for the freedom of man.”

I found these documents and speeches inspired in me two questions:

Looking more closely, I came to realize this:

Peace vs. War? Not really.

Leading up to the momentus liberation of America in 1776, the concept was a singular one as written by the previously mentioned Thomas Paine, “We have it in our power to begin the world over again.”

And it’s this internal spark that gives entrepreneurs, visionaries and dreamers the necessary fuel to keep their sparks ignited and dreams alive.

In the spirit of this, I wrote the essay below entitled, “Weapons of Mass Instruction.”

It’s commonly thought that Peace is the absence of War. I’ve often thought this myself.

“War” (as we commonly think of it) is the fighting that accompanies insanity with the wrong parties/opponents fighting one another for the wrong reasons with the wrong weapons. The result: wrong outcomes.

Yet in fact, Peace also has fighting.

But the difference is: peace has the right opponents fighting the right “wars” for the right reasons. The result: right outcomes.

For example, during a time of peace, you and I might join forces to “fight” some inferior solution or product and overcome it with a superior solution using the most powerful weapon around: our intelligence.

Hence, we don’t mistakenly choose each other as opponents.

We correctly fight things that could be better, could be improved.

We don’t use poor reasoning that will divide and lessen each other.

Instead we choose a smarter option, one that does the greatest for the most (and fighting one another isn’t the solution, that’s part of the problem).

Lastly, we don’t choose weapons that will harm and reduce the survival of each other.

We choose instead to use intelligence, insight, understanding and compassion. Those are our weapons.

That’s my definition of peace.

(P.S. If you agree with this, please share it around and let’s make our world a better, happier and more thriving world to live in.)

If growth is the fever, is creativity the cure?
And in the End... Happy New Year
Where to Steal Your Next Great Idea
The 5 Killer Fast Company Posts You'll Never Find

« Shark Tank Radar: A Shark, a Rabbi & a Cheesehead
Want a More Effective Rebrand? Master This 1 Word (Even Though Most CEOs Are Afraid To) »