How to Not Become Meaningless Noise in Your Market

There’s little worse than having a brand and a message that are nothing more than white noise in the market.

The same white noise as the other 5,000 marketing messages that hit your audience every day.

The Shortest Path to Becoming Noise in Your Market

And by white noise, I mean a same-as-everyone-else, easy-to-ignore, meaningless and expensive brand. (By definition, “white noise” is a slang term used to describe meaningless commotion or chatter that masks or wipes out underlying information.)

Just like the salesperson who chatters, ignoring his or her customers concerns or desire to get in and out, this white noise results in lost sales, low conversions and non-existent customer loyalty.

Now, some may assert brands get too much focus these days.

The alternative is to recognize that your brand is a CRUCIAL part of your company’s funnel and join the ranks of other top brands, CEOs and startups committed to turning their brand’s leakiest hole into their most profitable opportunity.

There are common missteps on the way to the promised land of a message that, amidst all that noise, connects. And converts. And inspires.

Here are 3 fundamental misconceptions that can stand in the way of nailing a successful brand message that works.

I had one client whose product was superior to anything else out there.

Only problem was this: his entire brand story spoke the same about his product as his competition, so there was no obvious difference.

No Difference = No Value

The result was he struggled, losing sales year after year until he fixed this.

2. That “social media” is the answer to getting the attention needed to build a great brand

This is the most costly mistake CEOs, entrepreneurs and startups make today.

You must get your story and your brand presentation nailed before you share it with the world.

If you don’t, then you’re only sharing with more of the world how ill-prepared you are. Customers sense this.

FACT:
Social media will do nothing for your business and sales until you’ve nailed down the 3 crucial steps of your brand, something I go over with a client during our first conversation.

First impressions are lasting impressions. You must get it right the first time.

3. That creating a brand is some mysterious, drawn out process that makes hell look like a welcome vacation

Branding isn’t a forever process and you should get great ROI on your brand investment.

After 30+ years, I can safely say there’s no magic bullet. But there is knowledge and knowing how to navigate and knowing when to zig and when to zag.

And that is what separates the “genius entrepreneurs” from the debris of failed startups or closed doors.

With the right tools, you become unstoppable.

Any combination of these 3 mistakes will function like a disease leaving your brand weak, very compromised and not functioning anywhere near optimum capacity.

How to Reinvent Your Brand

Ever wonder why brands eventually hit a wall?

And why they need to reinvent themselves?

Some of the most common reasons are:

The Noise (and Reinvention) of a Munich Company

Dachmanagement, a Munich-based company, translated to “roof management.” Initially, the company was renting out roofs of big houses and apartment buildings so that mobile networks could put their antennas on these roofs.

As the company evolved, it had outgrown that service to the point where they no longer offered that service. Instead, their company is now buying and selling rental garages.

So a rebrand was definitely in order. First to tackle renaming the company and then developing a new brand to replace the older, outdated brand.

As an example, when people called to clarify what the company offered, they had developed the answer “we are referring to the roof over all our small companies” to address the confusion generated by the old name.

So, the first area of this reinvention to attack was the name.

And it provided an interesting challenge: tackling the name of a German company.

I learned that certain English words work equally well in Germany. Since the company’s plans include expanding into other English-speaking countries, we decided the new name would utilize English words.

Thankfully, I learned that the word Construct to Germans means both “envisioning” something as well as “physically constructing” something.

Given the company has evolved into the business of finding parcels of land and building and renting garages on those parcels, that word worked perfectly.

And their service also provides ordinary German citizens a real estate opportunity that they wouldn’t ordinarily have access to.

The brand logo itself — formed out of a single line —  shows a human figure against a landscape that forms a human profile on its side leading up to a structure that could be a garage or any building. In short, it unifies people, land and real estate with one continuous stroke. The stars represent the hopes and aspirations of their investors and renters.

The slogan was deliberately kept German since certain words are easily understood in both English and German while others are not. And with the new slogan “We create what matters” — the slogan communicated better in German.

The company has another sister brand that manages the garages and here is how that was now visually aligned to the new brand: 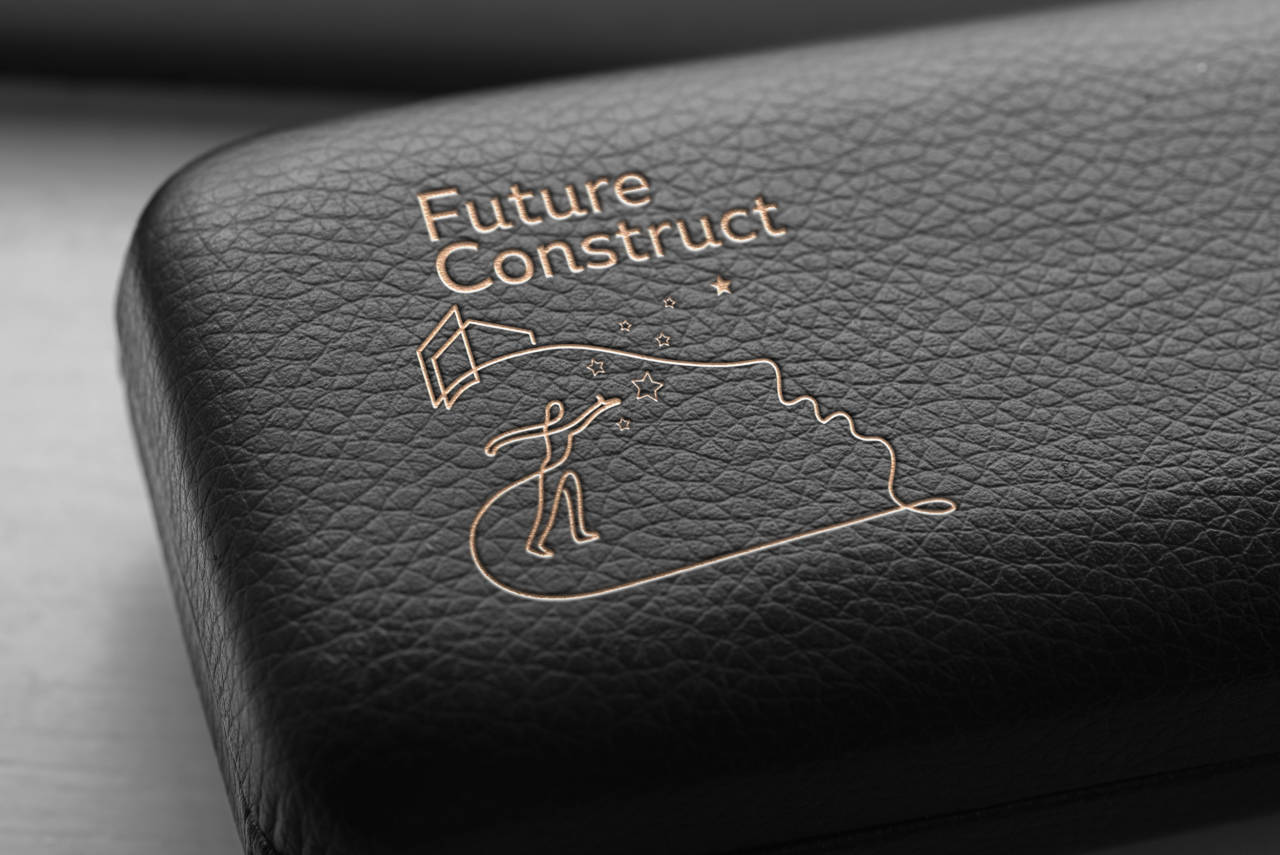 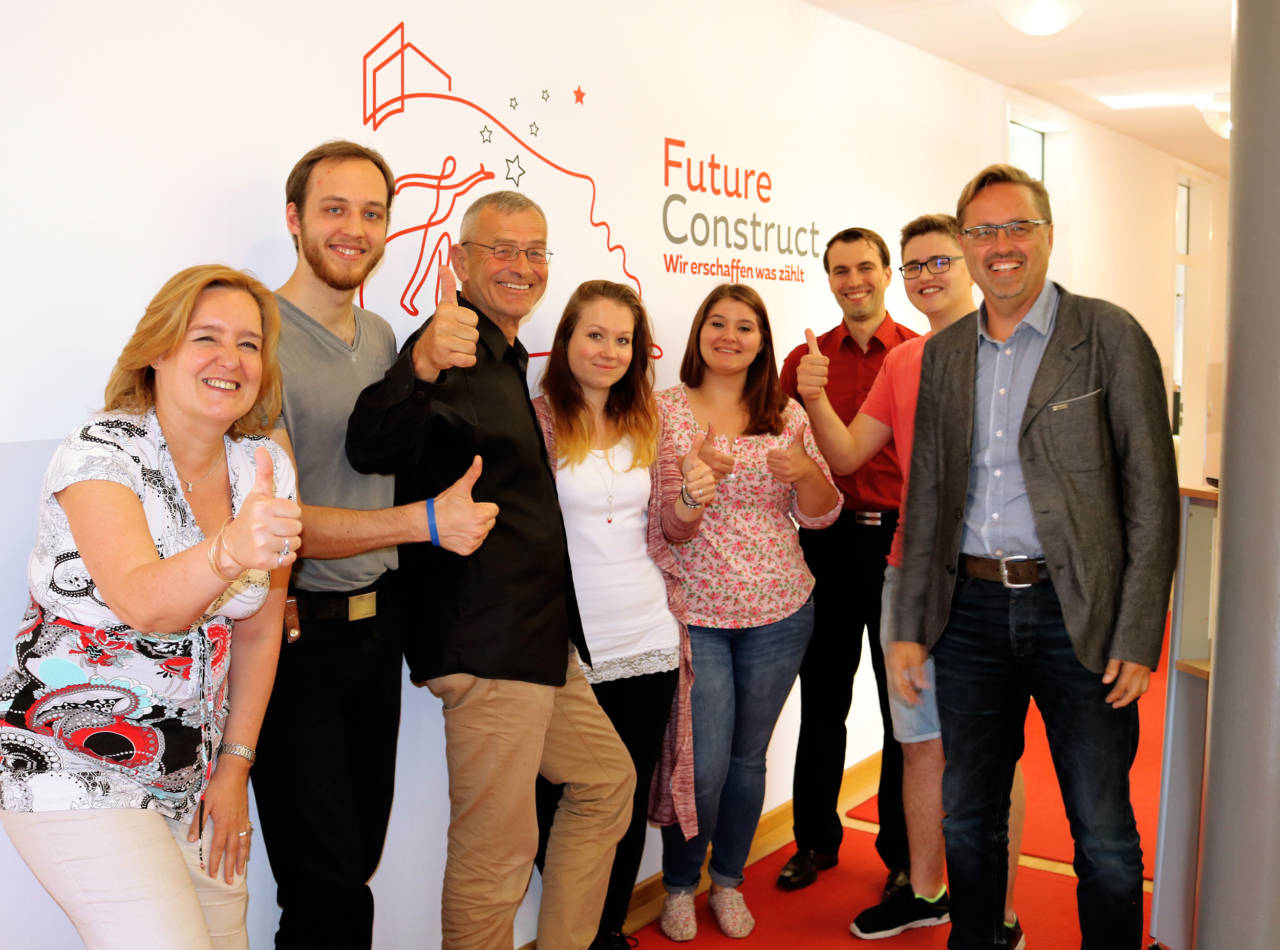 Brand Intervention: How to Brand Anything (new video)
25-Second Video Stunningly Connects the Dots of Design
How to Rebrand an Industry Revolution
Claude Silver of VaynerMedia and I Tackle Why People Matter in Business