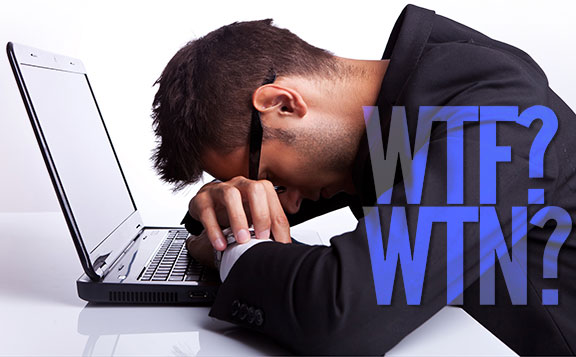 “Innovation involves making something that hasn’t been made before, and one way to signal that you’re doing something new is to give it a new name. But often, the new name gets in the way of people experiencing what you have to offer.”

The other night, a friend (a fellow music lover with an equally diverse admiration for many musical categories) told me of a band he found brilliantly inventive, especially in the video space.

It was late. So we wrapped up the night and I went home.

As I admire bands that use video intelligently (from OK GO to Walk Off The Earth), I was interested but it was late and I went to sleep.

Sometime that morning (as in about 3 am or so), I awoke restlessly and tried to remember the band’s name.

For the life of me, I could not.

Trying to guess what it was from my recollection, I texted my friend figuring he’d see these when he awoke later that morning.

The Name From Hell

Here’s how the back-and-forth text dialogue went, with my first guesses:

Obsessed with my lack of sleep and what-the-freakin’ name of this band was, delirium was likely settling in as I texted another option: 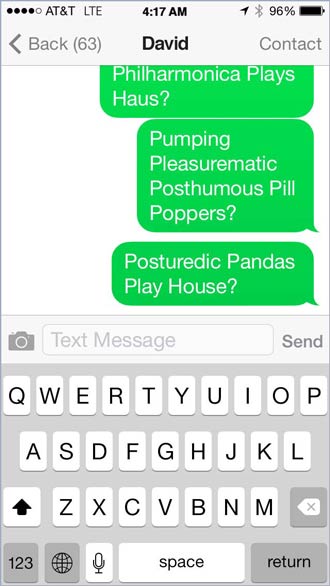 At 4:23 am, I finally gave it one last attempt before finally falling back to sleep:

It wasn’t until many hours later that I finally got a single response back from my fellow music admirer.

I looked up the band and enjoyed some of their videos and music.

But WHY the name?

No idea. Looked online and didn’t find much to explain it.

Maybe it’s explained someplace but I wasn’t successful finding it.

Why Did I Write This?
Why You Should Care

Because today’s consumer has a short attention span.

When it comes to naming, I like to develop names that are easy to remember, easier to spell and don’t add one more challenge to an already challenged consumer.

Pomplamoose, please keep doing your music and videos. I just had to share the above exchange in today’s always-connected world.

(And if your memory is like mine, here’s the link to their site to enjoy their music and fun videos.)