When they said, “See the guy in the back,” I wondered what the hell I had just gotten myself into….

Minding my own business, I was innocently walking down the street yesterday morning when I saw the above sign.

I immediately popped out my iPhone and shot this as I did not see this coming (not by a long shot). (For fans of “The Power of Words” series [shown below with all the links], the bar has been raised by a small grocer in Florida.)

So now, I had to walk in the store to find out what this was all about.

After asking the guy at the front counter, I was told “see the guy in the back.” (gulp, pun intended)

So, I went to the back where I approached an elderly gentleman and simply asked, “What is this Mexican Coke mentioned on the sign?”

He looked back with a mischievous grin.

He told me about a group of Americans who swear by Coca-Cola imported from Mexico. Sweetened with cane sugar instead of corn syrup, this version of Coke is the only Coke these consumers will drink swearing it tastes better and is healthier. This was the first I heard about this and he proceeded to tell me tons of people come in and ask about his sign.

His sign was his way to have some fun with this product that he sells while generating a buzz, curiosity and even getting some local publicity in the newspaper.

He mentioned, of all the people who see the sign, the only person who ever stopped to read it and didn’t come in was a Mexican man he saw stop, read the sign, then shake his head (in amusement or disbelief… or both) and walk on.

So, here’s the question to answer:

How can your brand have fun, exceed the expected and cause people to stop in their tracks? 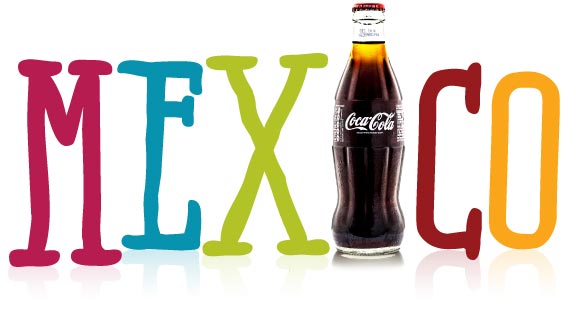 If you enjoyed this post, the entire series will blow you away starting with #1 (have a Kleenex handy):

How to Innovate Like a Billionaire (As seen in Fast Company)
14 Ways Geniuses Use the Power of Words
The Exact Formula I Use to Create Killer Headlines
The Power of Words, Part 3 (Holiday Edition)

« At 1:53, this Mad Men star says what every client should know before hiring a branding expert
The Inadvertent Selfie »