The Exact Formula I Use to Create Killer Headlines

“Those who tell the best stories, win.” Seen on the Web

“Make a bold mark. Not a dull impression.” The Internet

Some estimate well over 3,000+ media messages pummel each of us every day, 7 days a week.

Yet too many brands allow their words and ideas to get lost, treating any else as “cosmetic dressing” to their precious words.

“On the average, five times as many people read the headline as read the body copy. When you have written your headline, you have spent eighty cents out of your dollar.” David Ogilvy

We all know the power of movies. Those started out as a a script, words on a page (some as books). Yet the cinematic version reaches way more people and is often (if well done) more quoted than the book itself.

And then there’s lyrics. Alone, they have a fraction of the impact without the melody that sets the tone and engages the listener.

So, what if words could be transformed to deliver the message before a person read a single syllable?

How do we make the words themselves speak volumes more beyond their meaning?

I answer this with a simple, proven formula at the end of this article.

I’ve always been fascinated with words, how design could transform their meaning and elevate the words beyond the usual.

Early in my career, I discovered this with the logo I designed for the New York City Ballet:

I started to rediscover this even more when working with Mega Co-op on its rebrand. With 82,000 members, their communications needed to have impact. They needed to engage the shopper. They needed to go from informative to irresistible.

The “pasta” display above was one example, but the first breakthrough started when we had a Summer seasonal campaign to develop. The outcome told the whole story: 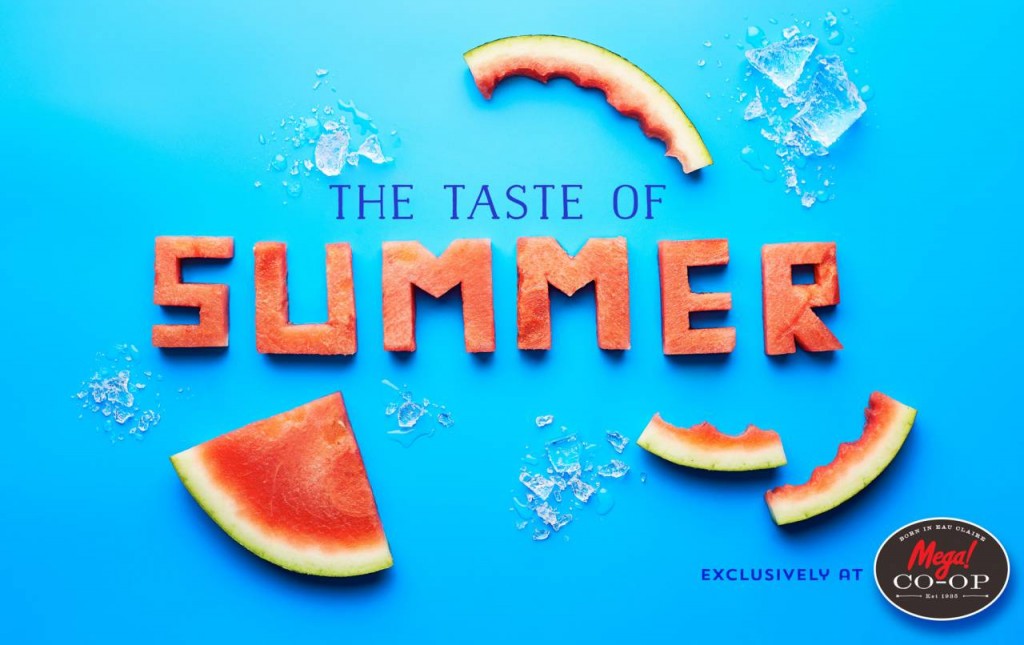 After that, I realized I had to convert words into messengers of visual impact.

Killer headlines. Called that because they melt away any and all indifference and resistance.

The ones that grab the reader by the throat and keep them glued to the screen.

The type of headlines that transform everyday readers into insatiable teenagers whose hormones have taken over.

How do you prevent your ideas from getting lost in the sea of noise already bombarding your target?

There are tons of articles that talk about the different “formulas” for writing headlines, the “tricks of the trade” and the numbered lists and all that.

We’ve all read them or heard of them.

But as I hinted above, I am speaking of all communications, way beyond headlines.

But why write more about it when I can show you?

Viewer Discretion Advised
(Do Not View on an Empty Stomach)

Initially, designed for a Slideshare presentation on how to market food, this also became a piece for the Mega Co-op:

As part of the rebrand and grand unveiling, these formed part of the signage system and Mega’s Brand Vocabulary:

As you can see, the key words were formed out of aspects that amplified the meaning. In the case of the Soup & Salad, I used leafy nature and leaves, gorgeously illustrated to convey natural and fresh. In the case of the pizza, negative space was used to expose the board upon which the pizza was being made.

During this time, I began further experimenting with how letters and food could form a recipe for telling more story and conveying ideas with more impact:

In each case, elements from the food item inspired another way to tell the story: the ice cream cone, the egg yolks and the dill used in the pickling process.

In light of the end of the year, this design added some much-needed spice to the holiday spirit:

The Mega Co-op had some opportunities that involved my creating letters out of actual food, not just on the digital screen. This first example involved my cutting 5 different cheeses into letters for this advertisement. It is also the most viewed and liked image on my Instagram account with over 740 likes:

Then, Valentines Day came and love was in the air. Again, I had to get my hands dirty with over three different types of “chocolate chip” kisses: chocolate, peanut butter and cinnamon kisses. This shows the ad that resulted along with some detail shots from the photoshoot:

And then there were two, two last morsels that showed how to transform your words and ideas into so much more:

Give it a shot.

All you have to lose is a dull message, replacing it with one that immerses your reader with a new new sense of wonder, discovery and engagement.

The worst that could happen is you kill a little (or a lot of) indifference to your message.

What Isn't Media (When it Comes to Branding)?
Hello, My Name is... (You Really Won't Believe What I Texted at 4:17am)
Is Your Brand Set Up To Generate Buzz?
120 Seconds with Ted Rubin — [Video] How to Be Unforgettable