Ask any CEO what their primary goal is and most will tell you converting prospects into customers.

The goal was simple, “Blow prospects away exceeding all their expectations—and industry standards—of what a sampler kit could be for mosaic tiles.”

When to Ignore Expectations

When I sat down with Mercedes Austin, Mercury’s founder and creative leader, we discussed her product and how people were introduced to her handmade mosaic tiles, once they expressed interest in the product.

Upon initial inspection, I discovered when prospects asked for samples (from homeowners to international lifestyle brands with brick and mortar locations), the tile samples sent were shipped in a box that was a common corrugated box with styrofoam internal padding with labor-intensive requirements when put together with tile samples. So it wasn’t particularly practical and it did not convey the attention to the detail Mercury Mosaics was known for—the kinds of details that would never contribute to converting prospects into customers.

According to Mercedes, “The problems we were solving were two:

“We wanted clients to understand the greatness they were investing in when they chose Mercury Mosaics. Mercury is the god of skilled trade and craftsmanship and that box was the embodiment of tiles–made by hands, crafted by humans–right here in the US.

“Lastly, we wanted the box to act like a mini-billboard for our client’s friends and family to create buzz, interest and, of course, some tile envy!”

One important detail that seemed to escape prospects were that these were handmade tiles, made right in the studios of Mercury Mosaics instead of someplace else (and then distributed by Mercury). So the solution had to help clarify they were handmade here, that no two tiles were the same, that love, care and passion were instilled into every tile and that you were experiencing something real, and not merely distributed.

This problem dictated that we would develop a design that looked handmade (hence the “brush stroked swatches of color on the box) and the new slogan, “Made by hand. Crafted by humans.”

The goal was to create an easy-to-use sampler that blew away the customer.

And pride of ownership.

The goal was make it so awesome that people would either:

How good would we need to be to convert a lukewarm prospect into a sizzling hot lead?

How much would we have to exceed expectations not only of the customer but of the industry?

Those are the questions we had to ask ourselves.

Here is our answer.

Here, the top flap is opened exposing the velcro tabs that secures the top flap and unveils the inserts that house the sample tiles: 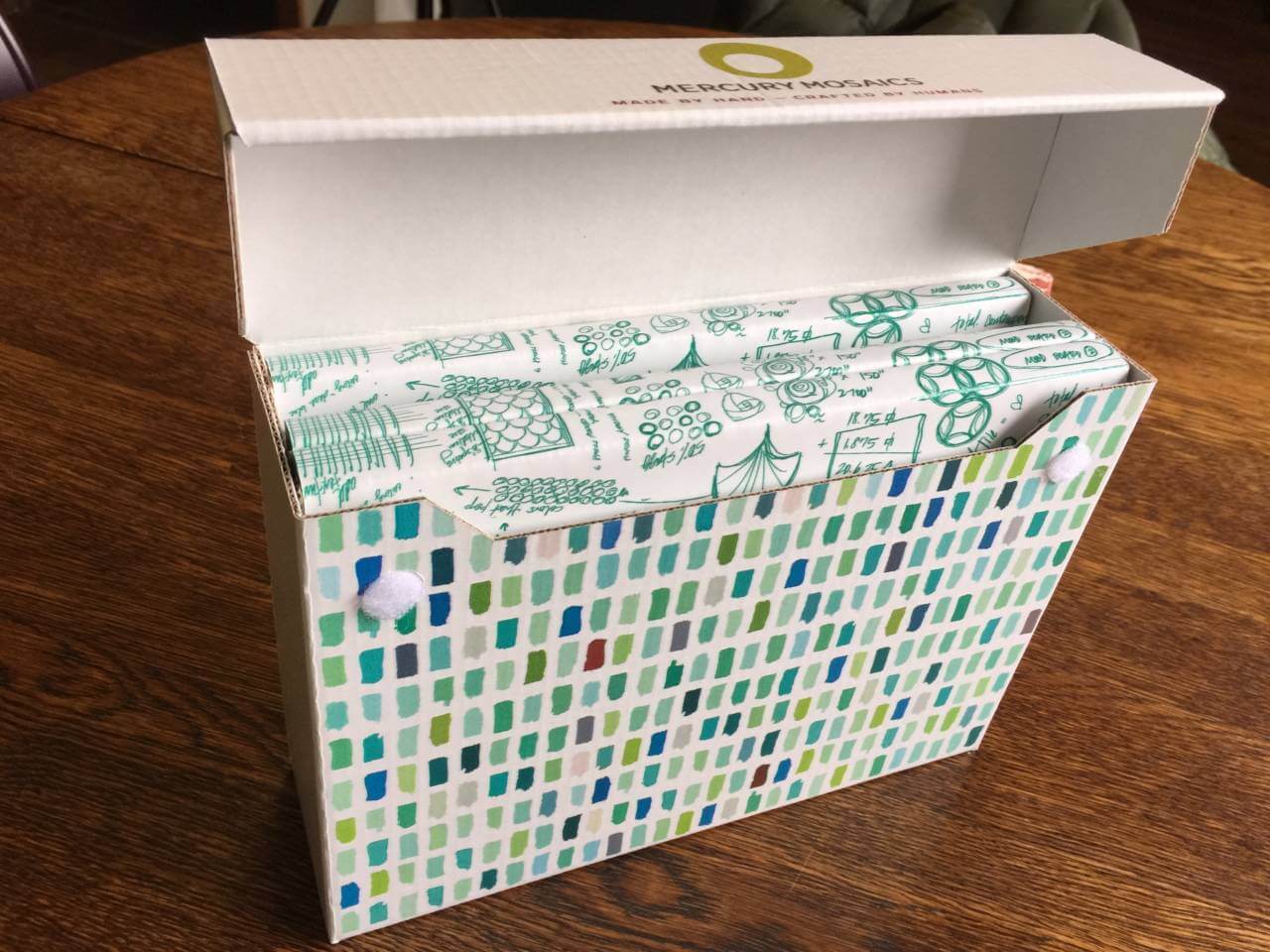 Shown below is one of the inserts with the Sampler Pack shown from different angles:

And here is the top of the box with the new slogan:

Included in the Sampler Box is this insert that educates the prospect:

Does your brand have a strategy that will help your brand convert mere prospects into customers?

Social Media vs. Branding: Which One's Losing and Why?
For Entrepreneurs: When to Stop
Why Isn’t Your Brand Differentiation Working?
The 5 Killer Fast Company Posts You'll Never Find

« Emotional Branding: How Do You Tap into this Secret Ingredient?
The 4 Mistakes To Avoid That Will Suck The Life Out Of Your Brand »